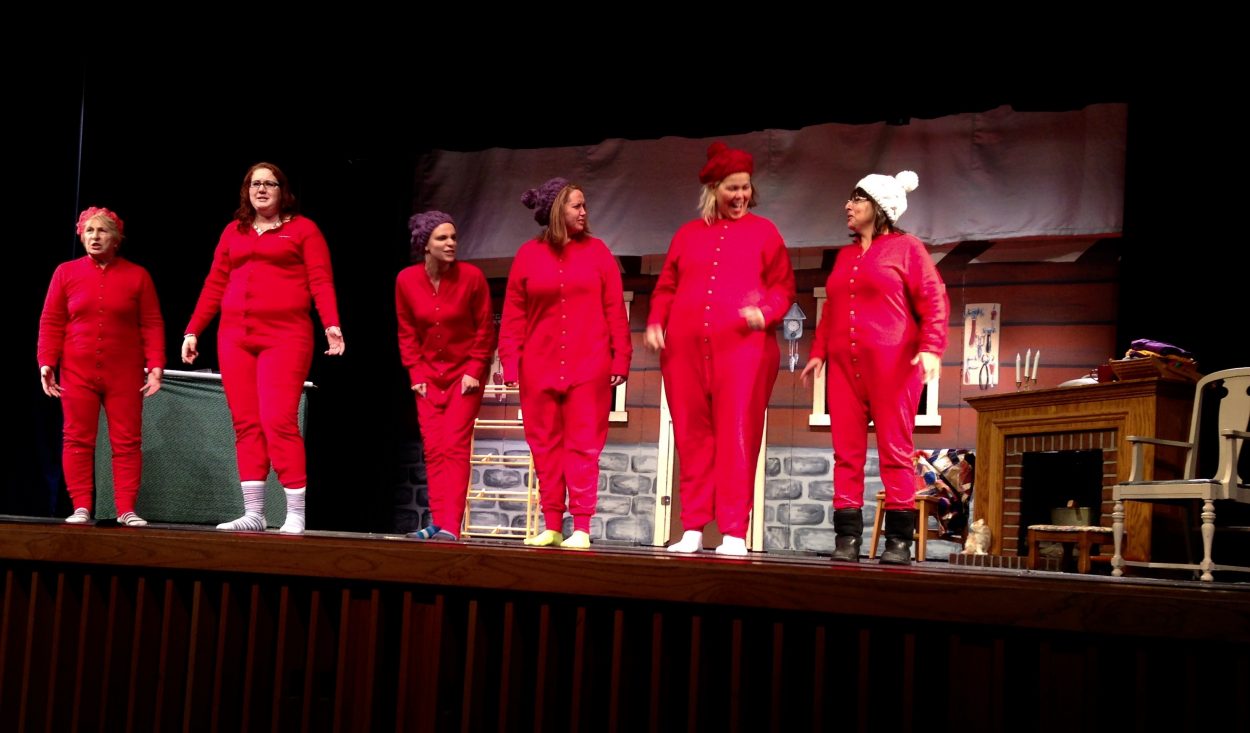 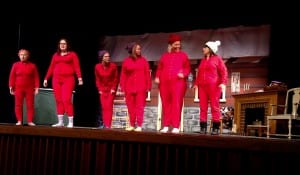 The Mitkof Mummers are presenting the family musical, “The Elves and the Shoemaker” this weekend. Angela Denning stopped by rehearsal this week and has this preview.


Music, elves, a night time mystery. . .it’s a formula for a good holiday play. And that’s just what this is. There’s even a live choir performing back stage.

“Well, it’s geared for children for one thing so the message is always really sweet and kind and it’s that time of year that you want to be thankful for everything that you have and it just kind of brings that back so it’s really fun,” Littleton said.

Littleton has been involved with the Mitkof Mummers theater group for years both as actor and as director. This time she is both.

“I started out as director and it quickly became obvious that we needed more people and so I joined the actors,” Littleton said. “And the Mary Ellen was already acting but she said she would co-direct with me so we could make it happen.”

“Both of us are directing and acting in the play which makes for an interesting rehearsal,” Anderson said.

Anderson said the show is definitely for all ages. 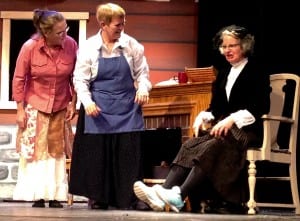 “It features a group of very lively elves who come in and, you know, it’s the traditional story,” Anderson said. “They help out this kindly shoemaker who’s on hard times and everything turns out very nicely in the end and that’s all I’m going to say so I don’t ruin the ending. (laughs)”

Anderson plays the villain, Sneerella Twerm, the evil landlady who hates happiness. She wants to kick the shoemakers out of their shop.

There are many local actors involved in the play. Some are on stage while many are technical support for the lighting, sound, and set.

“As always the Mitkof Mummers draws people from all over town that don’t normally see each other on a daily basis and so that’s half the fun of putting on the play is people from all walks of life join in and for six weeks or so we’re all cast together and having a lot of fun up on stage,” said Anderson.

The Mitkof Mummers focus on two performances a year. A children’s play like this in the fall and another play in May for the Little Norway Festival.

The Elves and the Shoemaker will have three showings at the Wright Auditorium, Friday and Saturday at 7:00 p.m. and Sunday at 1 p.m. There are no advance tickets. They can be purchased at the door. Doors open a half hour before the show.