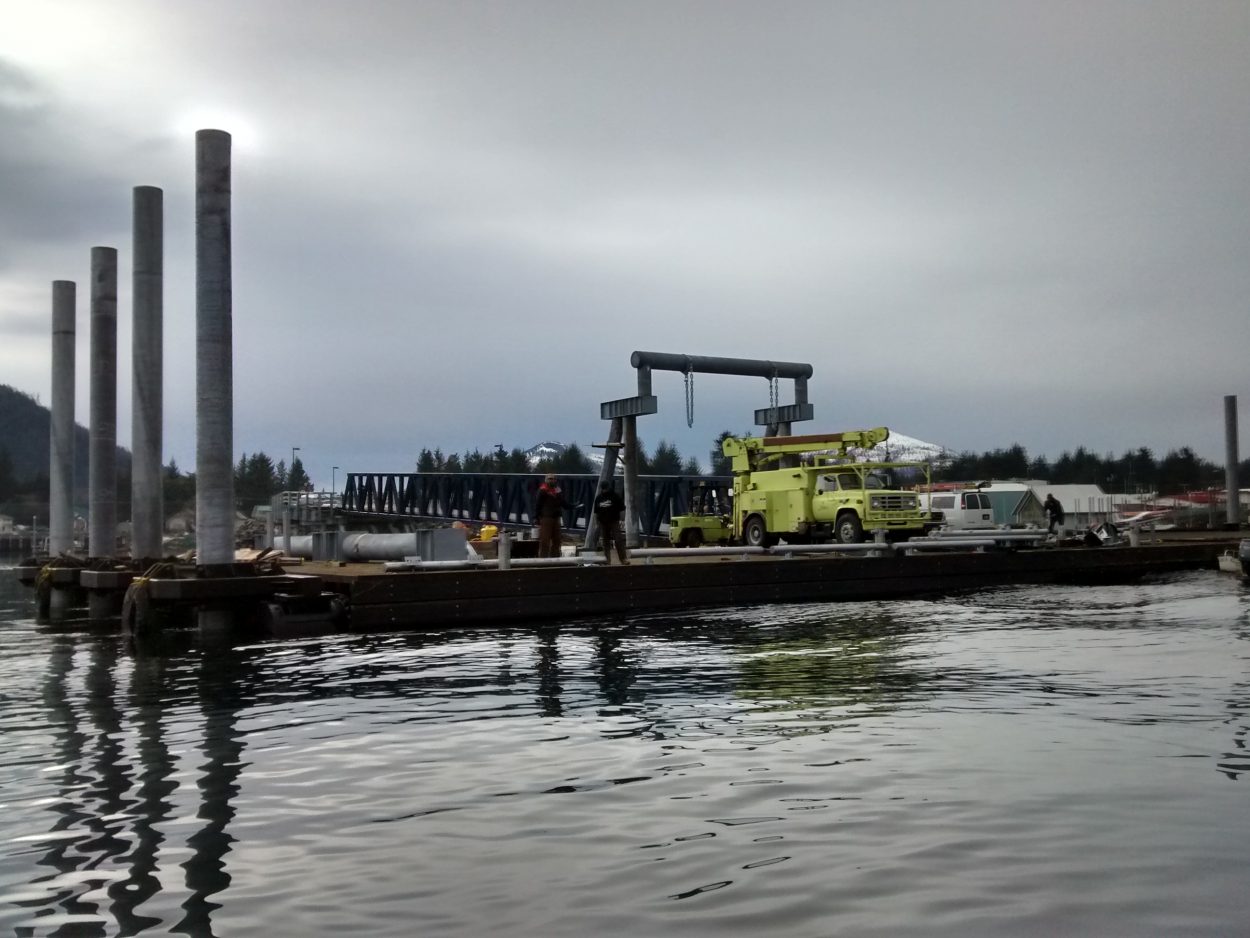 It looks like Petersburg will be adding onto the new drive down dock in South Harbor this year. The borough assembly Tuesday agreed to seek construction bids for a loading bulkhead near the vehicle-accessible float that opened last year. The assembly also OK’d a plan for over half a million dollars worth of paving for local streets this year.

The new bulkhead would add another space to load and unload boats in Petersburg’s South Harbor. The plan is to build the new tie up space along the rock-filled parking lot of the town’s new drive down dock. That 7.8-million dollar dock was finished last year, funded completely with state grants. The borough still has 1.2 million dollars in state grant money left-over, but needs to spend it before June of 2017. The cost estimate on the bulkhead project is 1.3 million dollars, although added alternatives could boost that to $1.6 million. 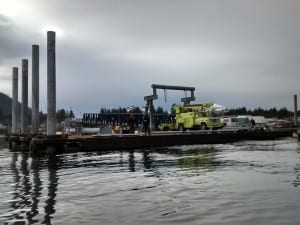 Harbormaster Glorianne Wollen told the assembly this week that harbor reserve money might be needed to complete the construction. “You know we wanted to give the assembly the opportunity to you know discuss that once we get the real numbers back,” Wollen said. “You’ll then have the opportunity to award as much as you feel comfortable. Hopefully we’ll get the base covered mostly by that 1.2 that we have in that legislative grant. We’ll probably have to dip into a little bit of the reserves, depending on how far you want to take it.”

The harbor has about two million dollars in reserves. The assembly voted 7-0 to seek construction bids for the bulkhead. They’ll still have to vote to award the contract once companies submit bids. Work could start this summer and the new bulkhead may be finished by the end of October.

Meanwhile, another project that looks like it will be starting up here this year is an effort to pave a long list of local roads in and around downtown Petersburg.

The Juneau-based company Secon will be returning for the second year of a two-year, 8.3 million dollar paving project on two state roads, Haugen and South Nordic drives. The borough wants to take advantage of having an asphalt plant in town for that work and have Secon repave a number of local streets as well.

Public works director Karl Hagerman called it rare to propose such a large paving project but he thought the time was right.

“A lot of the large scale paving projects that have happened in Petersburg have happened in the last couple years and we’re not looking at getting another paving plant for quite some time,” Hagerman explained. “The significance of that is that it costs a tremendous amount of money to bring those plants to Petersburg and set them up. The estimate that we work with at public works is 100,000 dollars before you get any hot mix even being made, so that’s just to get the plant into town and out of town.”

The borough wants to repave portions of Eighth street, Aaslaug, Gauffin, Excel, Fram, Gjoa, Surf, Charles W, Odin and Lumber as well as the part of Third Street near Wrangell Avenue. Other pavement patching would also happen at various spots around downtown.

The vote was 7-0 to award a sole source contract to Secon for just over 532,000 dollars. To pay for that work, the borough will spend 365-thousand dollars of federal funding that the borough has received from the Secure Rural Schools Act, specifically for road projects. The rest will come from money set aside to design a permanent replace for the Rasmus Enge Bridge on Sing Lee Alley. The borough replaced decking on that bridge last year after the Department of Transportation lowered the weight rating over concerns with the wooden structure.

Hagerman told the assembly that a permanent replacement is now a lower priority. “(The bridge) won’t last forever but we also replaced some piling, we spliced some piling, which we’ve never done before. Well now we know how to do that process as well. So any major issues that come up with the bridge in the future, we can take care of in house. It’s not going to last forever, it is a wood bridge, so it will eventually need to be replaced. But because we have the weight rating back that we once had and the DOT bridge inspectors are pretty happy with the structure, it has really fallen down in our priority list to get that replaced.”

The assembly unanimously approved budget changes in first reading to transfer money for the paving work. The mayor and all six assembly member attended Tuesday’s meeting in person.