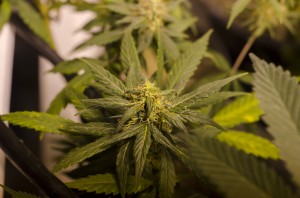 Petersburg’s borough assembly early next month plans to start fine tuning a new ordinance that would regulate pot businesses in the borough. Assembly member Eric Castro Monday said he wanted to see a draft ordinance up for consideration at the assembly’s next meeting in May.

“In order to allow the entrepreneurs in town, to give them the time before the state really starts accepting the permits, I feel that it’s our due diligence to get this ordinance passed however we see fit after the three readings, and just give the public the amount of time they’ll need to come up with their business models,” Castro said.

The borough has a draft ordinance posted on its website. It will take three readings by the assembly which will hold a public hearing during the second reading. The proposed law would include marijuana rules in with the local law on alcohol and bars. That would mean pot businesses could have the same hours of operation as local bars. The current draft of the law also would allow on-site consumption of pot at retail businesses. The borough has also posted a series of questions on its website and is taking input. Borough residents have already been weighing in, some in favor of allowing pot businesses to operate locally and other opposed to the new industry approved by voters statewide in 2014.

Assembly members agreed to have the first reading of that ordinance at their meeting May 2.

Also Monday, the assembly set an auction date for May 9th at noon for borough land next to the Hammer and Wikan grocery store. That company has applied to purchase the property and the assembly set a minimum bid amount of 275-thousand dollars. The company wants to buy the parcel in-between the grocery store and Haugen Drive for expansion.