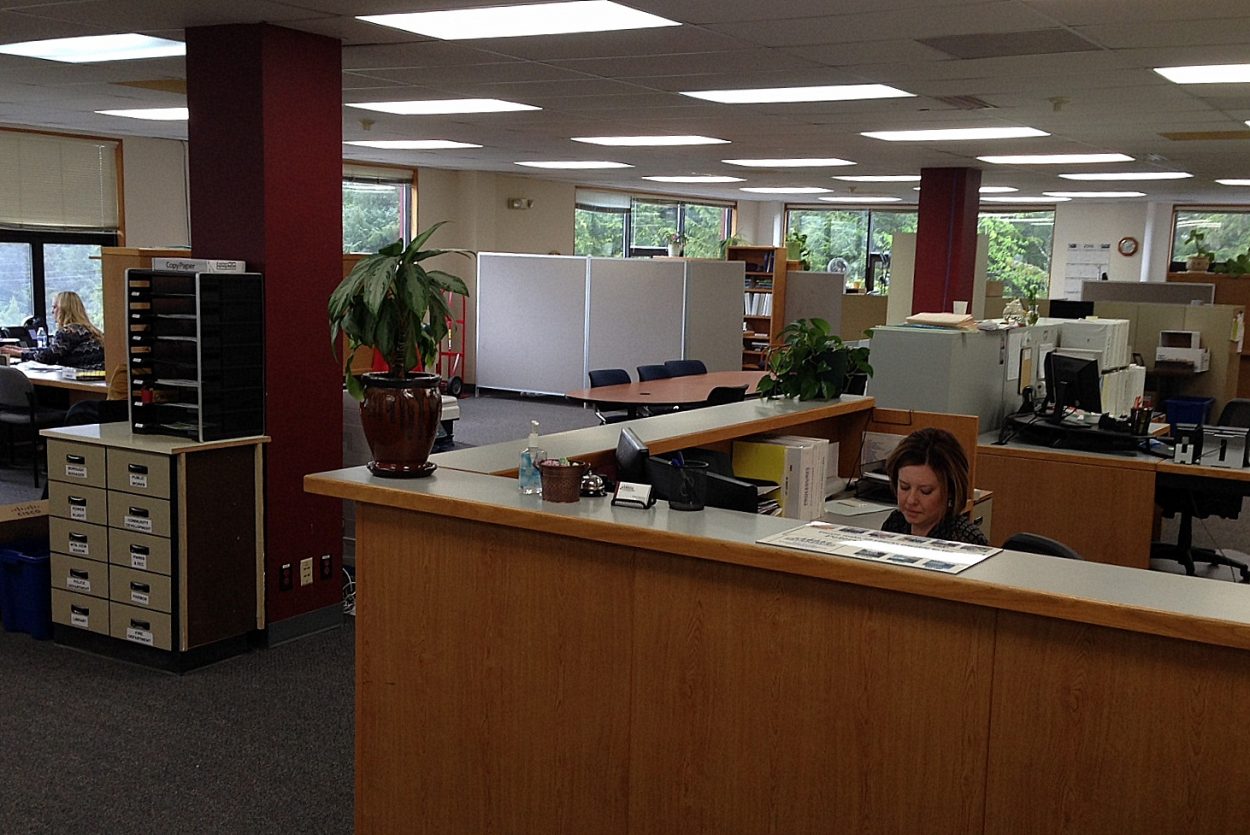 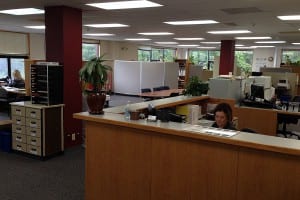 Stacy Luhr sits at the desk of the borough’s new finance office in the second floor of the Hallingstad-Peratrovich building. Photo/Angela Denning

The Petersburg Borough offices have moved up the hill to the Hallingstad-Peratrovich building. It’s the first week that the space is open to the public after workers moved furniture and supplies last week.KFSK’s Angela Denning stopped in to speak with the Borough Manager, Steve Giesbrecht, about the temporary change.

The municipal building renovation project is costing about $9.4 million. Giesbrecht says that includes everything such as rent for the Petersburg Indian Association building.

The next borough assembly meeting will be held on the second floor of that building Monday at noon.