The 27-year-old won his seat in 2013 after leaving Yale University early to run for office. He works as a non-profit administrator. He’s making the argument that the Republican-led majority in the House has been ineffective in passing a fiscal plan and says he’s been able to do more for the district as a part of the House minority. 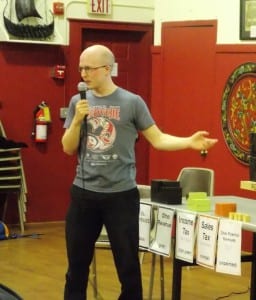 Joe Viechnicki spoke with Kreiss-Tomkins during a visit to Petersburg this month and started out with a question about his involvement in proposed changes to the justice reform bill sought by lobbyist Tim Grussendorf.


The general election is Tuesday, November 8th. Absentee voting is underway this week. It can be done in person at the Petersburg Public Library from 11-3 until November 7th. Voters can also have an absentee ballot mailed to them by filling out a form on the state’s website.