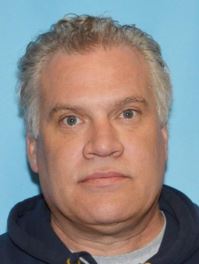 Petersburg police have arrested a local man who is wanted in Arizona and expect to charge him with being a meth dealer here in town.

On Wednesday, officers arrested 53-year-old Randy Long at his home on 503 Ira II Street #B for outstanding warrants from Maricopa County Arizona. Long is wanted on charges for credit card theft or fraud and is suspected of selling drugs there.

In his Petersburg home, police found 140 grams of what they suspect is methamphetamine. Meth is sold locally for $200 a gram so the estimated street value totals $28,000. Officers also found packaging material, scales and several new meth smoking pipes. There was also nearly $5,000 in cash. 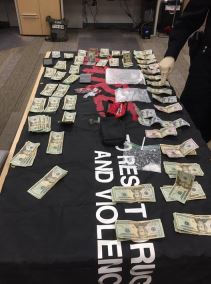 Long has been charged with being a fugitive and his bail is set at $250,000 plus a 3rd party stipulation. It’s expected that he will be extradited to Arizona.

Also in the house at the time of the arrest was 25-year-old Chellsey Musewski of Petersburg. She was detained and later arrested for violating probation or parole.

Police also searched another residence at 409 Ira II Street, which is a building that Long was renovating.

The local police department worked with several other agencies on the case including FBI Safe Streets Taskforce Officers, investigators with the U.S. Coast Guard, the Juneau Police, the Hoonah Police along with their K-9 Jack, the Sitka Police Department, and the Alaska State Troopers.

The evidence collected in the case has been turned over to the federal agents.