Petersburg couple considers starting up a daycare and preschool 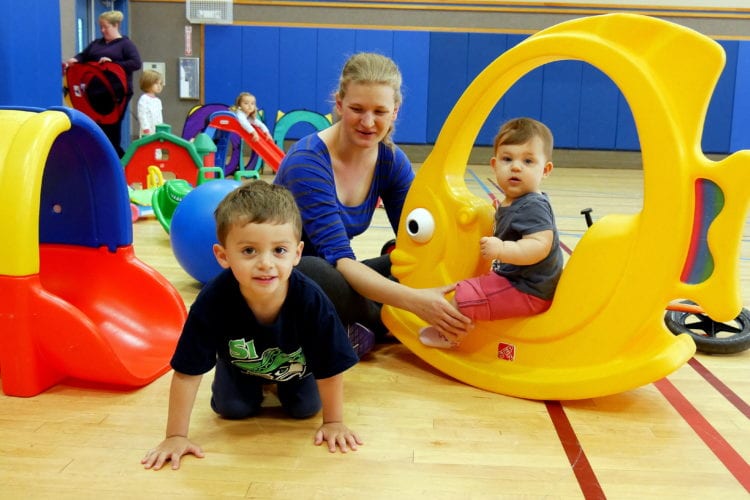 With dozens of children on wait lists, a Petersburg couple is considering opening up a daycare and preschool in town to help meet local childcare needs. KFSK’s Angela Denning reports:


It’s Saturday morning at the Petersburg community center. The gym is full of brightly colored toys of all shapes and sizes for young children.

Ellie Van Swearingen and her husband, have brought their two daughters to open gym. Ellie holds her baby and watches her 3-year-old climb up a short plastic slide. She is used to multitasking. She works full-time as does her husband. Their children go to an in-home daycare. But if their provider is sick or out of town?

Another challenge is that the couple is thinking about having more children. But there are no openings at their in-home daycare. The couple has put their kids on the waiting list at the Petersburg Children’s Center, the town’s largest child care facility. The center serves 65 children after an expansion last year. But there is still a wait list of over 70 kids.

“I’m hopeful that they’ll call if we ever needed it but also not optimistic that they’ll have any room,” Van Swearingen said, “certainly not for two.”

Van Swearingen recently posted on Facebook asking other Petersburg parents about their situation. And the response?

She says care is needed especially for infants and older kids. So, she and her husband, Dan, who is a teacher, are considering opening up a daycare themselves. They would run the business and find others to work there.

“What I’d like to see is basically another Children’s Center and it looks like there’s probably a need for another one, not competing against the Children’s Center but just trying to make it so there’s a smaller wait list for everybody,” Van Swearingen said.

She says they’d like to find a balance between making it affordable for parents and paying enough for professional care. 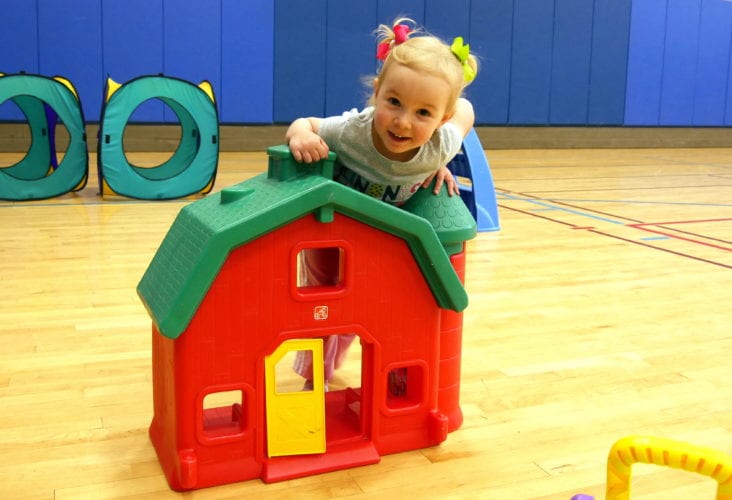 In another area of the gym, 3-year-old, Libby, plays with some plastic blocks while her parents watch.

Her mom, Molly Taiber, works part-time and on those days, Libby goes to the Children’s Center. She had been on the wait list for six months and the couple hired an in home provider.

Taiber says she knows other parents who find it difficult to go to work too.

“I feel like there are plenty of mothers, mostly mothers, that cannot accept jobs because of [having] no options of what to do with their children in the day,” Taiber said.

Playing with Libby is another three-year-old, Jaden Einerson. He’s here with his grandmother, Wendy Einerson. She watches her grandson three days a week and he goes to the Children’s Center for three days.

He was on the wait list for over a year and Einerson says that was a challenging time.

“I would babysit him more days, I was the primary babysitter but that made it hard for me to work too,” Einerson said.

Einerson moved to Petersburg in 1979 and her first job was at the Children’s Center. She worked there for several years.

“So it’s been a long time with no other daycare centers in Petersburg other than the Lutheran Church. And the Baptist Church had a latch key program for a while over the years,” Einerson said. “But outside of that it’s pretty slim.”

Although the need for more childcare is obvious to the Van Swearingens, Ellie says there are still a lot of unanswered questions about starting up a new facility like where it would be located. 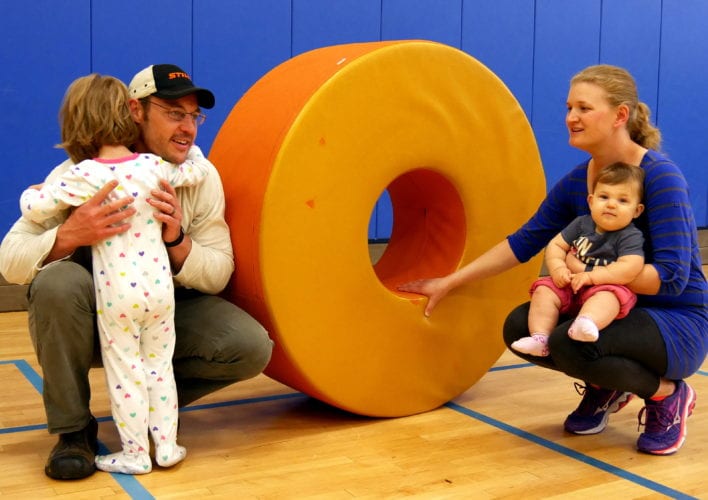 The Van Swearingens are looking into starting up a daycare and preschool in Petersburg. (left-right) Dan with Esther age 3, Ellie with Evelyn age 10 months. Photo/Angela Denning

“Right now we’re just gathering information and not guaranteeing at all that we’re going to do something but seeing that there’s a need and wanting to be helpful to other parents is where we are right now,” Van Swearingen said.

If all goes well, they would hope to have a new place open in the next year or two.

In the meantime, the Petersburg Children’s Center plans to expand the Eagle’s Nest program for older children this fall. There are 16 incoming kindergartners to join the after school program. With those children moving up, that will allow more openings at the center for younger children. But it won’t happen until the next school year begins.

Ellie Van Swearingen welcomes people to contact her whether they are parents needing childcare or individuals who are interested in teaching in a daycare or preschool. She is also open to advice on running a local business. You can reach her at (406) 570-0359.