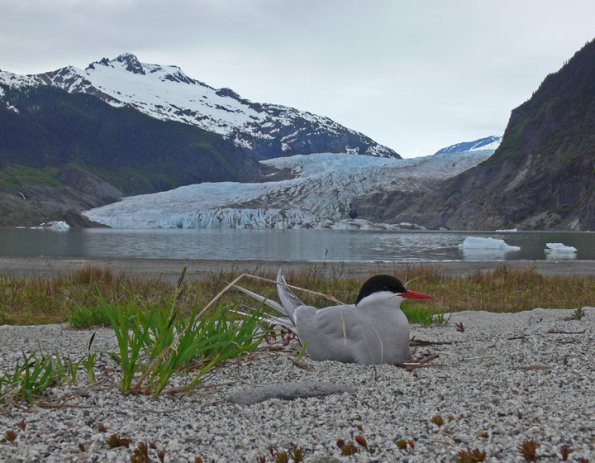 Arctic tern at the Mendenhall Glacier in Juneau (Bob Armstrong)

One of the keynote speakers at Petersburg’s Rainforest Festival this year was Juneau photographer, writer and naturalist Bob Armstrong. The former Alaska Department of Fish and Game fishery biologist and research supervisor has authored numerous books and articles on the animals, plants and insects of Alaska. He’s been photographing and writing about the natural world since 1960. Lately he has used GoPro and game trail cameras to capture video of Alaska’s animals, birds and fish. Some of the behavior he’s recorded has him wondering about the emotional lives of animals. Joe Viechnicki spoke with him about that topic.

Find Armstrong’s work and links to his videos and publications on his website.