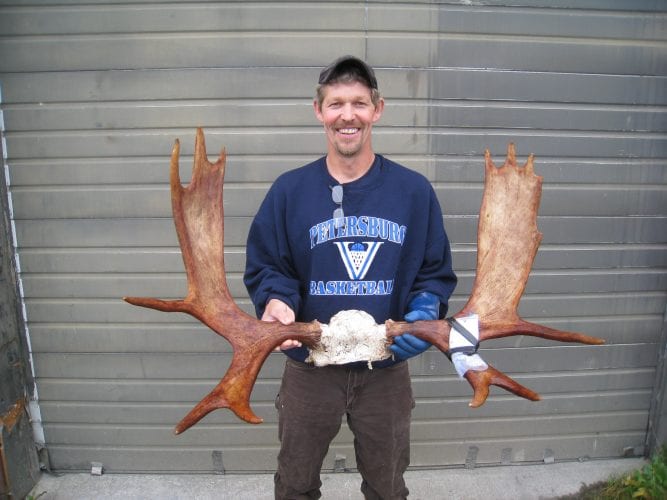 Jerry Dahl of Petersburg stands with antlers from a moose he got while hunting on Kupreanof Island. (Photo courtesy of ADF&G)

Moose hunters have reported killing 78 moose on the mainland and islands around Petersburg, Kake and Wrangell.

The Alaska Department of Fish and Game says 31 bulls have been taken on Kupreanof Island, 19 have come from the Stikine River. Hunters have taken 10 on Mitkof Island, four in Thomas Bay on the mainland north of Petersburg, two on Wrangell Island, two on the Wrangell Mainland, five in Farragut Bay, one on Zarembo Island, and four on Kuiu Island.

Of the 78 moose taken so far, six have failed to comply with moose antler restrictions.

Hunters have five days to report their harvest to Fish and Game, so the final total for the third week of the hunt is likely to increase.

Another look at the break-down: