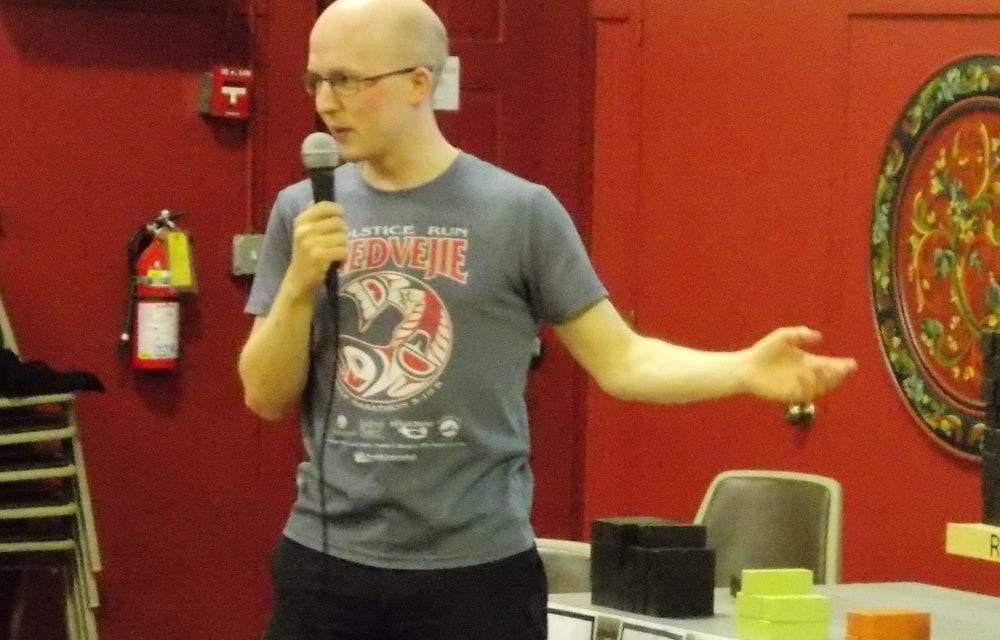 KFSK has an open airwaves policy. We encourage the public to express opinions, ideas and creative works.

The following was submitted for broadcast by State Representative Jonathan Kreiss-Tomkins:

KFSK encourages public expression of opinions, ideas and creative works. Views and opinions expressed are not necessarily those of KFSK.
For information, please call general manager, Tom Abbott at 772-3808.

A transcript:
Hello, my name is Jonathan Kreiss-Tomkins and I am recording this message in support of the Alaskans for Integrity ballot initiative. I am one of three statewide co-chairs for this initiative and I am excited to share why this initiative is as good as — maybe even better — than sliced bread.

When I first showed up in the legislature, there were some things that didn’t make sense to me.

Like why there’s a culture of lobbyists wining and dining legislators over expensive meals at 25-dollar-an-entree downtown Juneau restaurants. Why city or borough elected officials are required by state law to adhere to a far more rigorous conflict of interest standard than legislators in Juneau. Why there are legislative trips to farflung, foreign countries for dubious legislative purpose. And the infuriating cycle of the Alaska Legislature playing chicken with the operating budget and going to the brink of government shutdown year after year, resulting in economic uncertainty, pink slips, and untold stress on families and normal, regular people just trying to live their lives.

None of this made sense when I showed up to Juneau.

I’m now serving my third term in the House of Representatives. I have a committee chairmanship. I’ve gotten to know Juneau fairly well. But none of what I described makes any more sense to me now than it did when I first showed up in Juneau as a freshman legislator. And that motivated me to work to fix what didn’t make sense.

I am co-chairing this ballot initiative to try to make some improvements to our system. I am co-chairing the initiative a Republican and an independent, both from Anchorage. Together, we represent the full political spectrum because we believe this reforms make sense as Alaskans.

Let me share what the initiative. It’s a grab bag — the initiative equivalent of a Christmas stocking stuffed with goodies and treats, if you will.

The initiative ends an exemption that allows lobbyists to buy legislators unlimited food and drink. Legislators and lobbyists can talk and eat all they want. But legislators like myself can pick up our own tabs just as everyone else in the world does. It’s a whole lot cleaner ethically that way.

The initiative restricts political contributions from foreign-owned corporations in Alaska’s elections. The initiative requires written and public disclosure of legitimate legislative purpose on any legislator’s travel to foreign countries — to usher in a standard of transparency for these kinds of trips. The initiative reforms the standard for legislators declaring a conflict of interest.

The “no budget, no pay” provision will help put an end to, or at least disincentivize, playing “chicken” with the operating budget. This initiative is a response to the miserable annual tradition of tens of thousands of Alaskans, including teachers in our own school district, getting pink slipped every year and contending with untold stress, anxiety, not to mention the huge shock waves of uncertainty that reverberate through the Alaska economy every June.

It is my hope that “No budget, no pay” will reduce how often this happens if not put an end to it outright.

It’s not a silver bullet but it’s an honest attempt to make some much needed, long overdue reforms. And it’s coming to you, the people of Alaska, to decide whether these reforms make sense.

We need your signature. We need you to sign the initiative and we need to collect 750 signatures in our legislative district before January 10th. Volunteers with books are circulating in both Sitka and Petersburg. If you want to sign or you have questions, shoot me an email, jonathan.s.kt@gmail.com.

If we get the signatures in time, you’ll have the opportunity to vote on this Christmas stocking stuffed full of good government reforms on the 2018 ballot. It’s a present I think we would all like to receive.