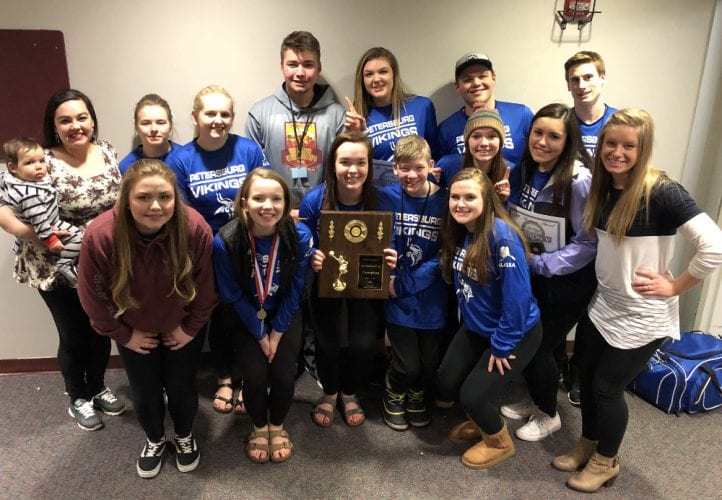 Petersburg High School’s Viking cheer squad took first place at the region five tournament in Ketchikan earlier this month, the fourth region title in as many years. The team practices through the fall and winter, cheering at basketball games and preparing a performance for the regional tournament. This year’s team had 13 students, including five seniors. Joe Viechnicki spoke with co-coach Ronnie Maldonado about her team.

In other individual honors, junior Martha Johnson was also named to the all-tournament team and seniors Julia Evens, LeAnn Lapeyrie, Tanya Spears and Brandon Ware made the all-academic team for Petersburg.