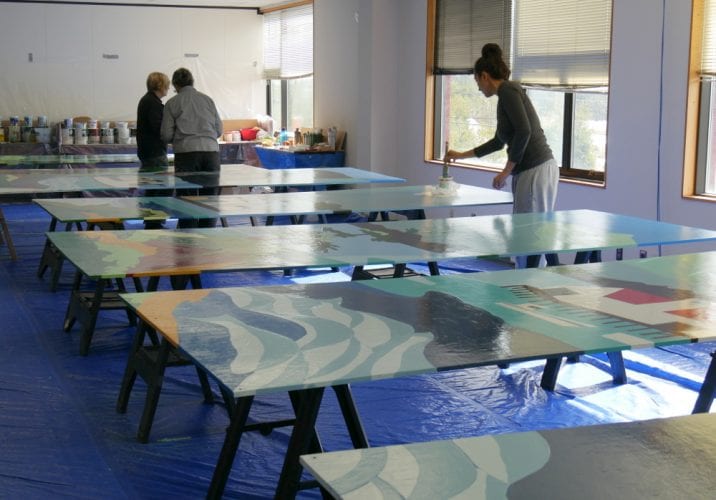 A 40-foot long mural in Petersburg has at least three news coats of paint and should be re-hung on a downtown building later this spring. It’s 15 years after the artwork first went up on the downtown building that houses Hammer and Wikan Hardware and other businesses. 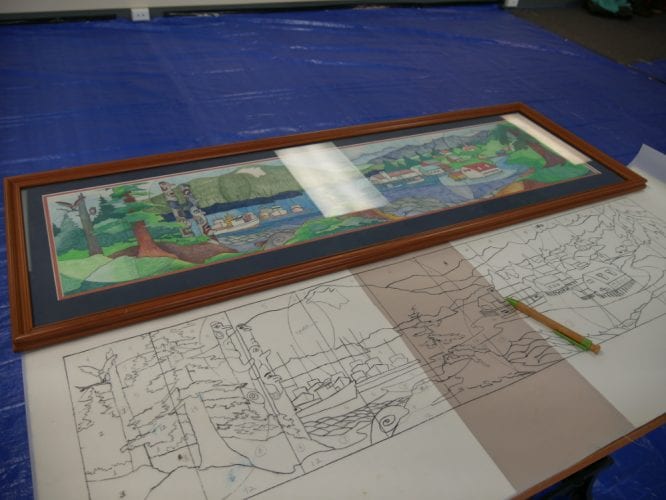 The original design for the mural was by local artist Polly Lee. (Joe Viechnicki/KFSK)

The “Our Town” mural was designed by local artist Polly Lee and painted by a team of volunteers at the community gym. It was originally paid for with a three thousand dollar grant from Petersburg’s transient room tax and dedicated in August of 2003. 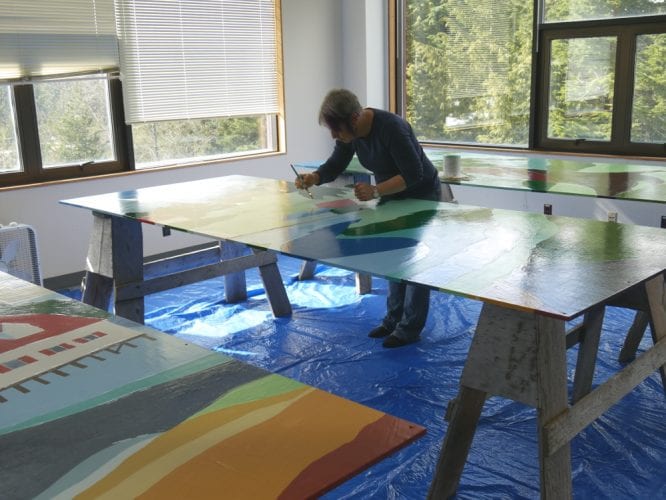 Last year the Petersburg Community Foundation awarded a $750 grant to the Petersburg Arts Council to refurbish the 10 painted, marine-grade plywood panels. Now another team of volunteers is finishing up re-painting the mural, this time in a second floor room at the Petersburg Indian Association’s Hallingstad-Peratrovich building.
Pia Reilly-Rodgers was on the original team that painted the mural in 2003 and is leading the effort to repaint it. They’ve been at work since January. Joe Viechnicki spoke with Reilly-Rodgers about it.